Nigeria is a country, rich in hydrocarbon and fossil fuels. The country is also rich in tradition and culture. And yes, food is a major ingrain in her culture and diversity. Majority of the population use traditional cooking methods like wood, charcoal, kerosene stove and gas etc., to prepare meals.

Okey Esse, a graduate of the University of Jos and self-taught serial entrepreneur via his company Powerstove Energy, has revolutionized the traditional cooking stove, with a product called Powerstove.

Powerstove, is a revolutionary cooking stove technology which merges thermoelectric technology with the traditional African cooking experience. The technology uses biomass (pellets, wood chips, charcoal, etc.) as fuel, burns it at relatively high temperatures and converts some of this energy to electricity, stored in a Lithium ion battery, which can power lights, fan and charges phones. Some of its keys features include

It is an IoT compliant product, as it has programmable computer chips that controls the fan, electricity supply, and transfers data over 2G/3G network by using input sensors and output components to control all these functions.

Powerstove, the revolutionary cooking product is our focus today, as it brings in more clean comfort efficiency and electricity to lives and living. 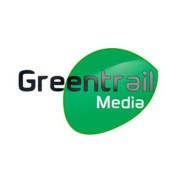